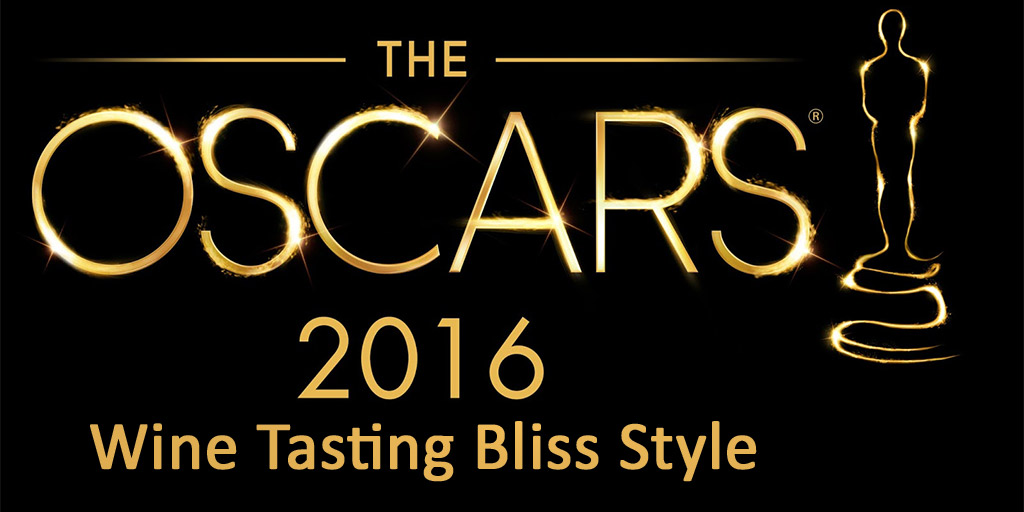 It is Academy Awards time again. There’s a lot to like: the red carpet, the bizarre interviews on the way into the venue, the “interesting” clothing choices of the attendees. Oh, and there’s an award show, too, with skits, songs, awkward crowd takes, bumbled teleprompter moments, and award winners who won’t leave the stage. How can an evening of entertainment like this be improved? Watching the entire spectacle Wine Tasting Bliss style!

The Academy Awards have been a fun part of our family life for decades. We do our best to watch at least the “Best Picture” nominees before the event. We have the typical faux-voting ballot competition that is part of many Academy parties. What really elevates our party to legendary levels is Judi’s creative take on the dinner menu.

Judi’s Academy Award menus have become the subject of folklore. Every element, food and beverage, makes some reference back to the Academy nominees. The pre-event anticipation is amazing, with some menu items teased in an invitation to family members about a week before the show. Only upon arrival to the party do attendees see the entire menu.

This year’s Best Picture nominees did not make Judi’s menu-making task easy: Bridge of Spies, Mad Max: Fury Road, The Revenant, Spotlight, The Martian, The Big Short, Room, and Brooklyn. Some of the films almost write their own menu entry, like associating a potato dish with The Martian. Other choices are far more challenging. What food evokes the post-apocalyptic frenzy of Mad Max? Jud’s actual menu remains under lock and key until Red Carpet time, but a few more hints have escaped. For example, the beautiful people attending the WTB  party will be enjoying the same champagne as the beautiful people on the red carpet: a Brut from Piper-Heidsieck. Odds are good that Judi’s Beef Dip will be making at least a cameo appearance, too. She skipped that appetizer once, and it did not go well. Other than the celebratory champagne, the beef dip, and the potato dish, the rest of the evening’s repast will remain secret until the envelope is opened. Check back after the event to see the rest of the menu!

What are you enjoying while you watch the Academy Awards? Leave a comment with your food and beverage inspirations! It is more than fair to throw in an Oscar prediction or two.

Cheers, and remember to thank the Academy!

Here is the actual menu from our Academy Awards event: