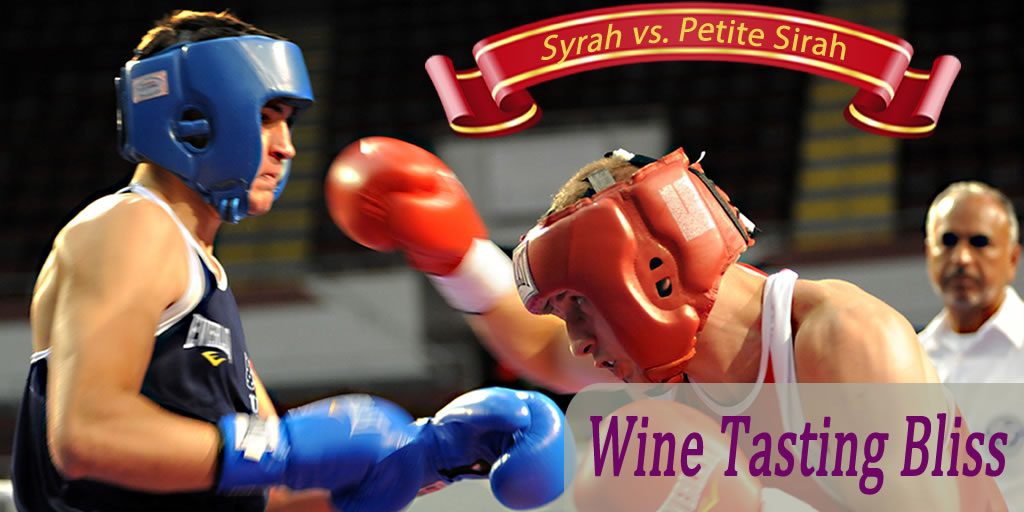 It is easy to be confused by all the grape varietal names thrown about in wineries. It probably isn’t a conspiracy, but why are the same grapes called different names and different grapes called nearly the same thing? Case in point: the big Syrah vs. Shiraz vs. Petite Sirah confusion. Jerry Seinfeld would ask, “What’s up with that?”

So let’s get the easy issue out of the way first. Syrah and Shiraz refer to the same grape! There, now you know. It’s the same grape, full of smoke and spice, with floral and pitted fruit notes. A grape whose wine can really stand up to a BBQ. Most growers in the U.S. call it Syrah while growers in Australia call it Shiraz. Some American wineries try to get all mysterious and call their Syrah Shiraz. Potato potahto. Either way, it’s an amazing grape.

The whole Petite Sirah story is a bit more complicated. Its heritage is a bit cloudy, with some people believing that the French Dr. Durif cross-bred a Syrah vine with a now nearly extinct Peloursin vine in the 1880s. The resulting grape was called Durif, or sometimes Duriff (with no real explanation for that extra F at the end).

Some people at U.C. Davis (who seem long on lab equipment and possibly a bit short on romance) believe that the modern Petite Sirah has at least three parents. I choose to picture the French doctor, toiling away in his vineyard rather than imagine a random union of three unsupervised grape varietals. You can choose your own back story.

Sadly for Dr. Durif, his namesake grape vine wasn’t particularly well suited for the French climate, so it never really caught on. The good news is that someone thought to bring this varietal to California and BOOM, that’s when the magic began.  Petite Sirah wines are typically deep, ruby red in color, with intense pepper and assertive tannins. A wine that unabashedly announces its arrival with the first sip.

So drop this wisdom at your next tasting: Syrah (Shiraz) and Petite Sirah are not the same grape. The vines don’t look at all similar and the resulting wines have distinct personalities, too. It’s just those pesky names that trip us up. Now you know.