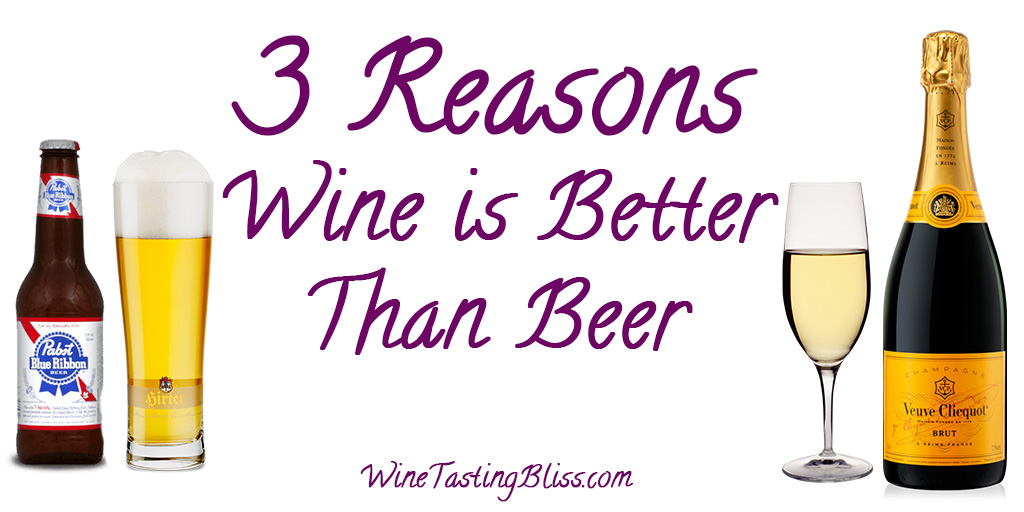 It is an argument for the ages: which is better, wine or beer? Scholars of every stripe have taken on this weighty question. After exhaustive research, including access to an exclusive Internet tool code-named “Google”, fundamental truths have been identified. Here are three truly profound reasons that wine is better than beer. You’re welcome.

Reason #1: Your Body is Better with Wine

Drinking wine or beer will over time have an impact on your body. The concept of the “beer gut” is woven into the fabric of our culture. Remember the “wine gut”? Didn’t think so. It is, though, a personal choice. Which body do you desire? Reason #2: Your Collection is Better with Wine

Beverage accumulations are inevitable. Rarely does purchasing and consumption match exactly. That means that over time beer or wine will build up. In the case of beer, there is a real imperative to drink it as soon as possible. Old beer? That is rarely a good thing. In comparison, wine typically gets better with age, with decades-old wine being some of the most sought after wine in the world. So in this aspect wine is clearly superior! Drink it now; it is delicious. Drink it later, it is probably even better! Reason #3: Your Game is Better with Wine

Over the years, each beverage has developed something of a reputation. Beer versus wine; we all know how that comes out. Sure, a beer is great when you’re tailgating with your bros, but what is your best play when you are trying to impress that special someone? Conclusion: Everything is Better with Wine

So there you have it: three fundamental truths proving that wine is better than beer. Granted, “better” is a relative term, and situations and preferences vary widely. For us, the choice is clear. In fact, I think that I’ll pour a glass of Pinot Noir right now!