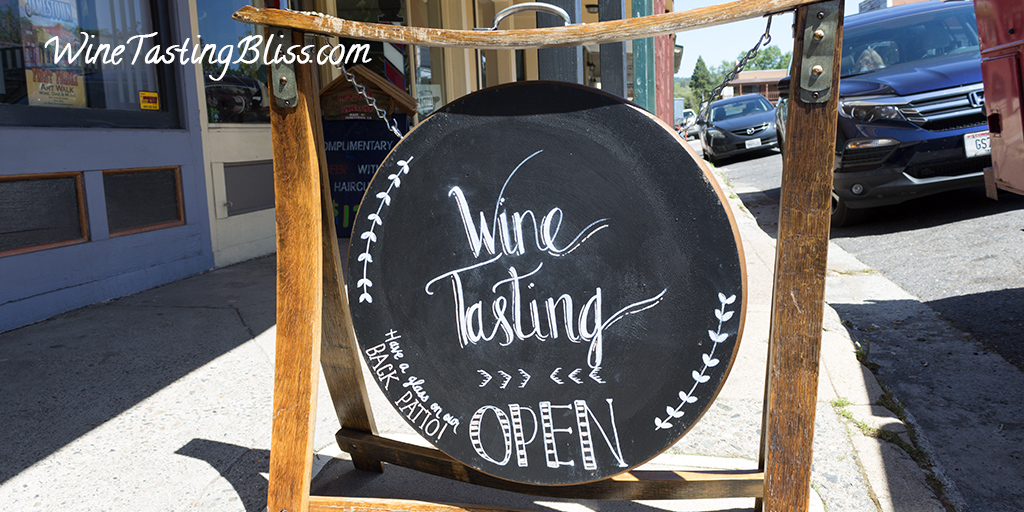 We absolutely love small wineries! The connection between the winemaker and the wine lover is at its most intimate. Every vintage is a new adventure and a fresh glimpse into the evolution of the winery. We returned to Inner Sanctum Cellars for a third year to see where their journey had taken them.

The Inner Sanctum Cellars tasting room is on the main street of Jamestown, California, a wonderful gold-mining town that time forgot. There’s a little bit of something for everyone in Jamestown, and that includes tasting rooms! We visited Inner Sanctum right after they opened and have made them a regular stop on our annual trek to the mountains.

The tasting room is awash with sunlight, with an entirely glass storefront. Once inside, you are greeted by a harmonious blend of tans and browns, with a bit of black chalkboard thrown in. The live-edge wood bar is more than ample for serving multiple groups at once. If you notice a good looking wine taster sitting across from you, it is probably you! There’s a large mirror behind the bar that catches the unwary by surprise. 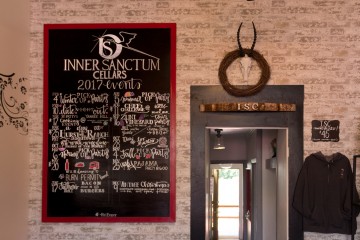 We were welcomed by wine guides Shelley and Chrystal and settled in to learn about their newest releases. With the smoke and ash of the Rim Fire now a not-so-fond memory, the new wines show a renewed focus on the fruit. Each wine in the 10 wine tasting flight presented a unique take on mostly local vineyards. It is a  time of change for Inner Sanctum, as winemaker duties transition from Chuck Hovey to Scott Klatt and Rich Gilpin. This tasting flight showed work from all three winemakers. 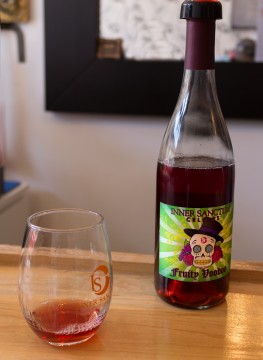 The four of us tasted our way through the flight, sharing and comparing as usual. As with previous visits, there was quite a bit of discussion when it came to “taste of the day” honors. The tropical crispness of their 2015 Verdejo (called Mateo the Matador) had some fans, as did their refreshing 2014 Garancha Rosé (called Fruity Voodoo). My favorite was the restrained power of their 2013 Petite Sirah (called the Velvet Hammer). Of course, their sparkling wine, called simply Bubbly, had supporters, as did their flavored sparkling called Peachy. Fun names, creative labels, fun wines. The only part that was not fun was picking a favorite to take home! We made the wise choice and purchased several bottles. Everyone was happy.

With arms loaded with wine bottles, we thanked Shelley and Chrystal and set off in search of a stagecoach-era restaurant. Time to eat something before we venture into our next tasting room!

Other wineries near Inner Sanctum: