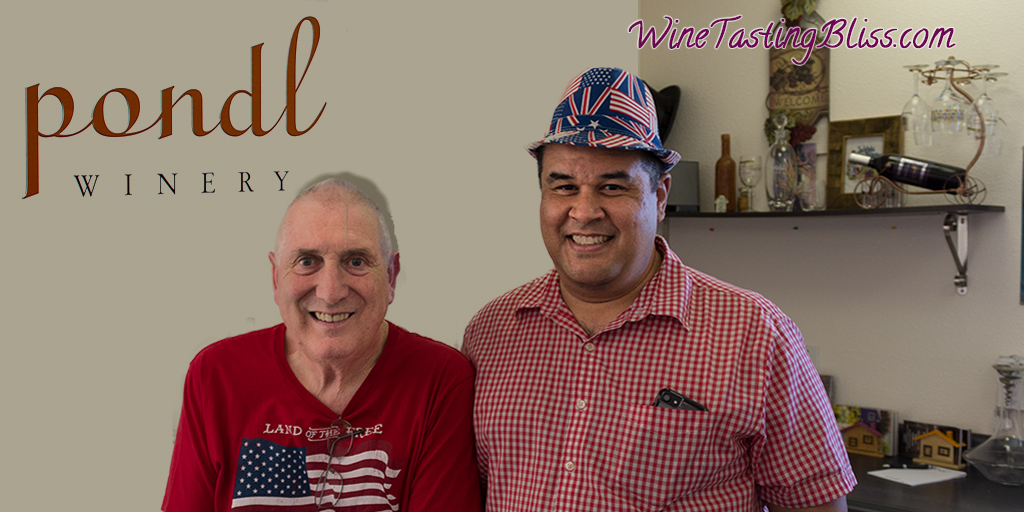 Food and wine pairings can improve both parties or create a hot mess. When pairings go well it is a thing of wonder. Unexpected, yet delicious pairings elevate such a pairing to the level of magic. A recent visit to Pondl Winery displayed this magic for pairing after pairing!

Fresh off an amazing first experience at St. Amant Winery, we drove a short way down the road to Pondl Winery. Situated in a residential neighborhood, the tasting room looks to be a converted cottage, with plenty of room for the groups of happy tasters that we encountered as we entered. David, one of the owners, greeted us enthusiastically and set us up for our tasting.

As we settled in, we were a bit puzzled. We overheard David describe some pairings as he served other groups, and we couldn’t believe our ears. What was David up to? We started with their 2014 Chardonnay, called “The Lady.” It was paired with a cracker with a blue cheese smear with a walnut and honey drizzle. This was amazing!  The Chard was lovely by itself, but paired with the blue cheese cracker and it was life-changing. David was off to a great start with us! 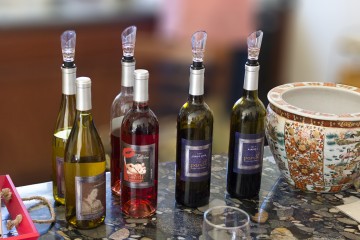 Another great pairing was their 2013 Barbera with a cracker topped with blue cheese and green olive slices. Honest, we would not have the nerve to make something like this up. This was probably the pairing of the day. Unless it was their 2014 Dolcetto, paired with a cracker with blue cheese and bacon. Bacon! Their 2014 Cabernet, called “The Gent” packed a measured tannin punch that deftly handled the paired cracker with cherry chutney and habañero pickle. Again, the honest truth. 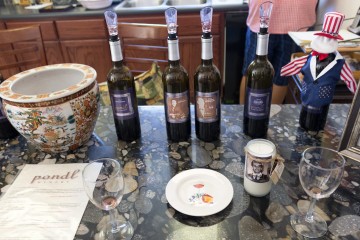 We closed our tasting flight with their 2014 Late Harvest Old Vine Zinfandel. Made from 95 year-old vines, this was a classic Lodi Zin, with nice fruit and measured tannins. When tasted with a cracker covered in blue cheese and pepper jelly, it became world class. Tasting complete, we purchased an irresponsible number of wines, thanked David and Pat for their hospitality and headed out. So many fun pairings to discuss on the journey home!

Other wineries near Pondl Winery: