In the beginning, there was no Champagne. Well, there was a PLACE called Champagne, but there was no bubbly known by that name. Through happy happenstance, wine makers in the Champagne region of France mastered the art of producing sparkling wine and everything changed. But what is the deal with all of the different terms for wine with bubbles? 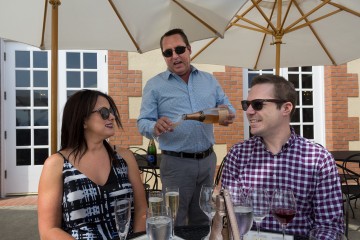 It may be hard to believe, but originally, bubbles in wine were considered a flaw. This flaw was somewhat common in the Champagne region of France. Because of its northern climate, wine cellars grew cold early in the season. This prematurely stopped the fermentation before all of the sugar was consumed. When the wine was bottled and the cellar warmed up, the yeast restarted the fermentation process. With the bottles sealed, the carbon dioxide produced by the yeast’s conversion of sugar to alcohol was trapped in the wine as carbonation. This pressurized the bottles and frequently caused them to burst. So sad, all that wasted wine! 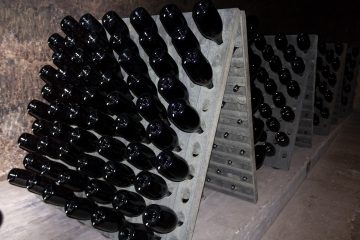 Over the years, bubbly wine gained acceptance as bottle making techniques improved to withstand the pressure. What had been a flaw in Champagne’s wine was suddenly all the rage of kings and queens, the wealthy and the nearly-wealthy. The wine of the region took on its name. The reign of Champagne had begun!

So sparkling wine from Champagne, France is called champagne. It is made from Chardonnay, Pinot Noir and Pinot Meunier grapes. Sparkling wine from other areas in France can be called “Cremant” which means creamy in French. Each region uses their own regional grapes: in the Loire it is frequently Chenin Blanc or Cabernet Franc; in the Alsace they use Pinot Gris, Pinot Blanc and Gewürztraminer. In Italy, sparkling wine is called Prosecco, made with Glera grapes using the Charmat method rather than méthode champenoise as in France. The flavors are somewhat less nuanced and complex because the wine is not aged sur lie. Cava is the name of Spain’s sparkling wines. They are made using méthode champenoise, using primarily Xarello, Macabeo and Parellada grapes. Sekt  describes sparkling wine made in Germany. 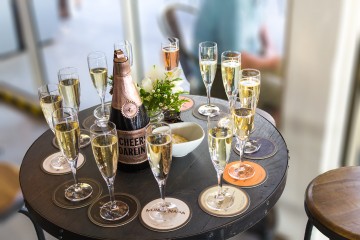 So what is sparkling called in the United States? The answer is a bit complicated. Clearly, the wine is not produced in the Champagne region of France, but some labels clearly use the word “champagne.” Is this cheating? After decades of negotiations, it was agreed that any winery using the term “champagne” prior to March 10th, 2006 could continue indefinitely.

Regardless of what is on the label, sparkling wine is the centerpiece of most celebrations, inaugurations, christenings, weddings, and pretty much any happy event among wine-loving adults. We dedicate an entire fridge to this glorious product.

What is your favorite sparkling? We can’t settle on just one. Cheers!