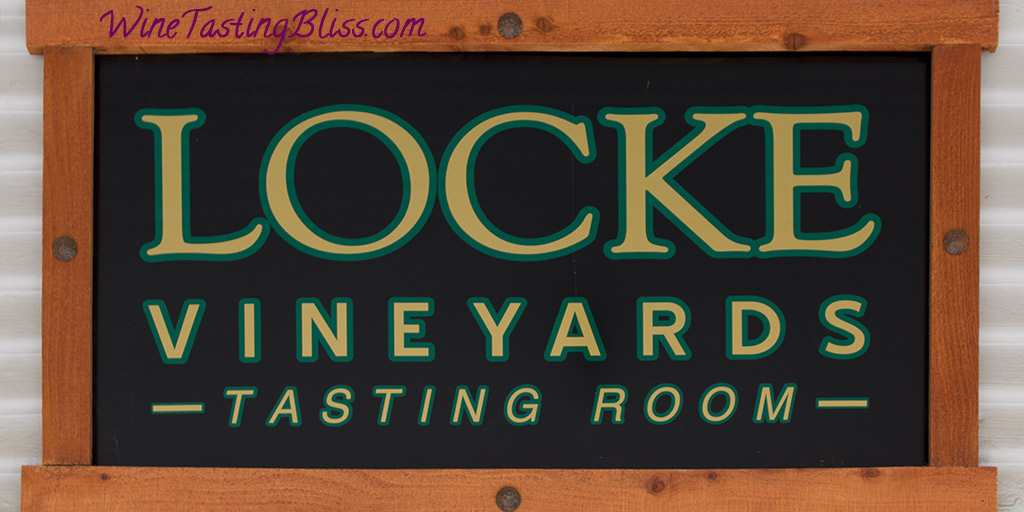 From big trees to big wines? We discovered a new winery that demonstrates that a love for nature can be expressed in a multitude of ways. Locke Vineyards is the happy result of a career in forestry pivoting to a second career in winemaking. 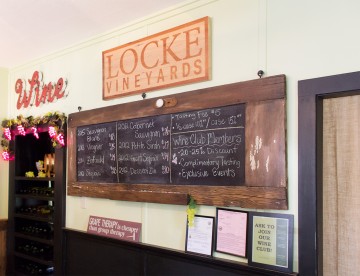 After a fantastic lunch at the Lucky Penny restaurant, we walked around the corner, to a small, tidy cottage turned tasting room on the edge of the main street of Murphys. We entered the cozy tasting room to find a lovely combination of homey decorations and an impressive homage to the region’s big trees. We were greeted by owner/winemaker Kevin Locke and his daughter, Kirsten, as we found a comfortable place along the tasting bar. 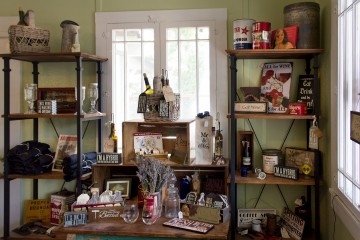 We started our tasting flight with their 2015 Sauvignon Blanc, which we learned was their only non-estate wine. We enjoyed the crisp red grapefruit notes and refreshingly clean finish. Their 2013 Viognier showed lovely citrus, honey and butterscotch notes, benefiting from its time on French oak. Transitioning to reds, we next tasted their 2012 Zinfandel, which showed a classic Zin flavor profile, including a fun peppery zip on the finish.

When the tasting room quieted down a bit after the departure of some other tasters, we were able to chat with Kevin. We learned that he had spent his first career in forestry, where he developed an abiding appreciation for the enormous redwood trees in the area. Retirement gave him the chance to pursue his second love, winemaking, full time. Kevin had laid the groundwork for this by planting and cultivating a vineyard in the early 90’s, then bottled the first Locke vintage in 2003. The tasting room was mere months away from its second anniversary. 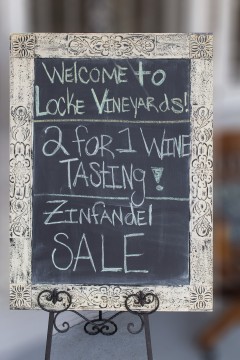 This love for big trees was evident in the naming of their red blends: Sequoia and Giant Sequoia. The 2012 Sequoia, a blend of 75% Zinfandel and 25% Cabernet Sauvignon displayed layers of dark pitted fruit and hints of chocolate. This is very drinkable now, but will be amazing in 2-3 years.

The 2012 Giant Sequoia (65% Petite Sirah, 15% Cabernet Suavignon, 15% Zinfandel, and 5% Malbec) was the biggest hit with our group, earning unanimous thumbs up. The cascading layers of fruit and an amazing, lingering finish made sure that several bottles were coming home with us.

Pleased by our good luck discovering Locke Vineyards and carrying a bunch of wine bottles, we thanked the Lockes and set off to find another Murphys tasting room in need of investigation. Many thanks, Kevin and Kirsten!

Other wineries near Locke Vineyards: