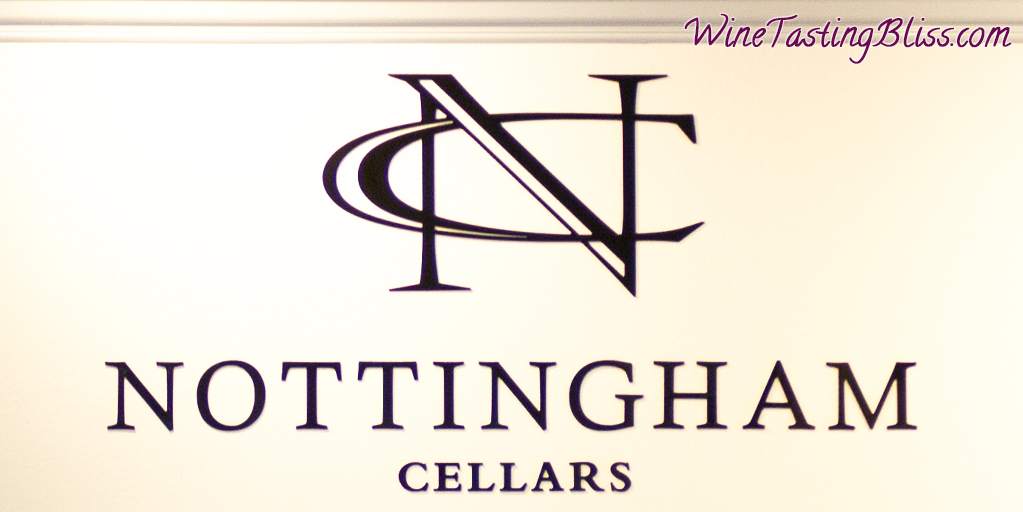 Livermore has so many fun and growing wineries! Keeping up with them is a challenging and rewarding activity, requiring focus and stamina. A goal that is well worth the dedication. We recently realized that our last visit to Nottingham Cellars was too far in the past. It was time for another visit! 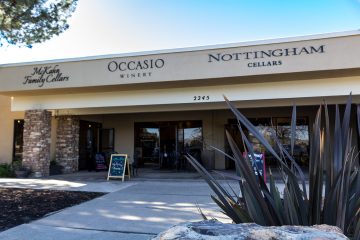 Nottingham Cellars is part of a strip center on Vasco Road that also hosts Occasio Winery, McKahn Family Cellars and Longevity Wines. Quite a lot of good wine being poured in 100 yards! Park once and spend the rest of the day tasting. Chances are good that there’s even a food truck within a block on any given weekend. 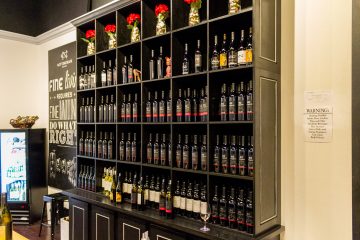 We have visited Nottingham Cellars many times over the years. At first, the tasting room was a small part of the overall space, with most of the property used for making wine. Over time, the wine production was moved to another unit and the tasting space expanded to fill the void. Now there are multiple tasting areas, including a large space in the back for groups and events. A nice evolution!

We chose a spot at the main tasting bar and met wine guide Emma, who’s enthusiasm for the winery brightened our day before the first wine was poured. She explained that there were two tasting flights: the Appellation Flight of Bordeaux-style wines and the Vasco Urbano Flight of Rhone-style wines. The Vasco Ubano wines were all named after legendary characters from Livermore’s storied past. We adopted our typical “divide and conquer” strategy with each of us taking on a flight and sharing. Twice the tasting without drinking twice the wine. 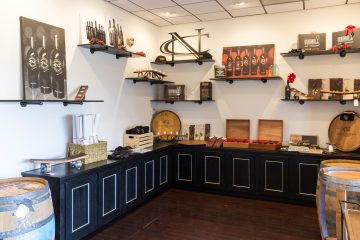 We started with their 2017 Sauvignon Blanc, a refreshing and crisp Bordeaux white and the 2016 Coco Blanc, a Marsanne, Roussanne and  Muscat blend. The term Coco derives from the source grape’s heritage: Contracosta County. Both wines were a delicious yearning for a warm summer’s day. The 2015 Cuvee, a blend based on Cabernet Suavignon, was an immediate hit with us with its lingering elderberry and plum notes. This led off our “take home” list. 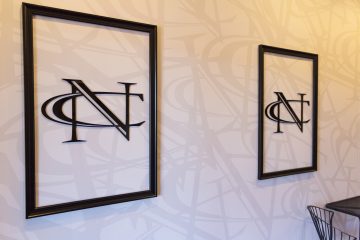 The 2014 Norm, a Grenache Rhone, was light and nuanced, with fruit across the roof of the mouth and a faint hint of tobacco on the finish. The 2014 Merlot was another hit, with moderate tannins and enough acid on the finish to handle pairing with beef. Joining our take home list was their 2015 H.P. a Mourvedre which was named after the owner of Sweeney’s opera house in Livermore. Warm fruit with a nice level of spice, we agreed with Emma’s suggestion that this would be perfect with pulled pork.

With just enough time remaining in the afternoon for one more tasting, we purchased our wines and thanked Emma. Down the sidewalk to our next winery!

Other wineries near Nottingham Cellars: